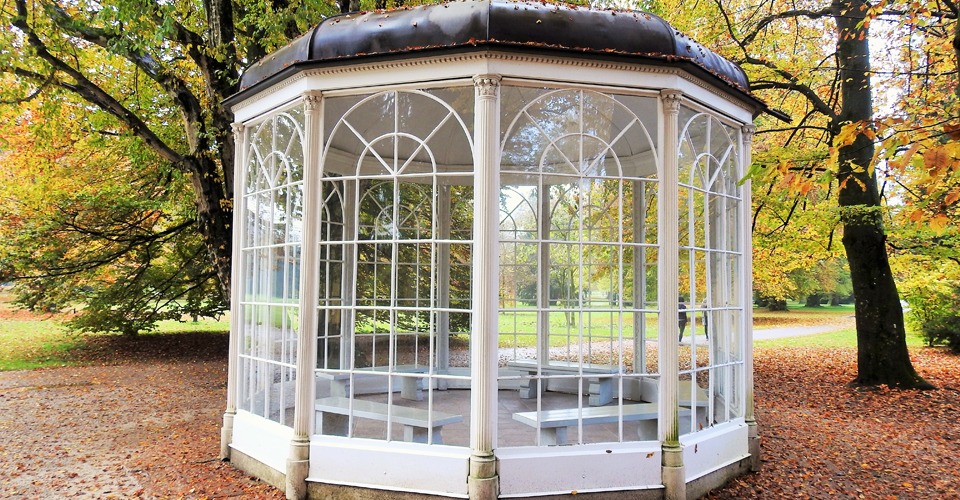 The Gazebo at Hellbrunn Palace 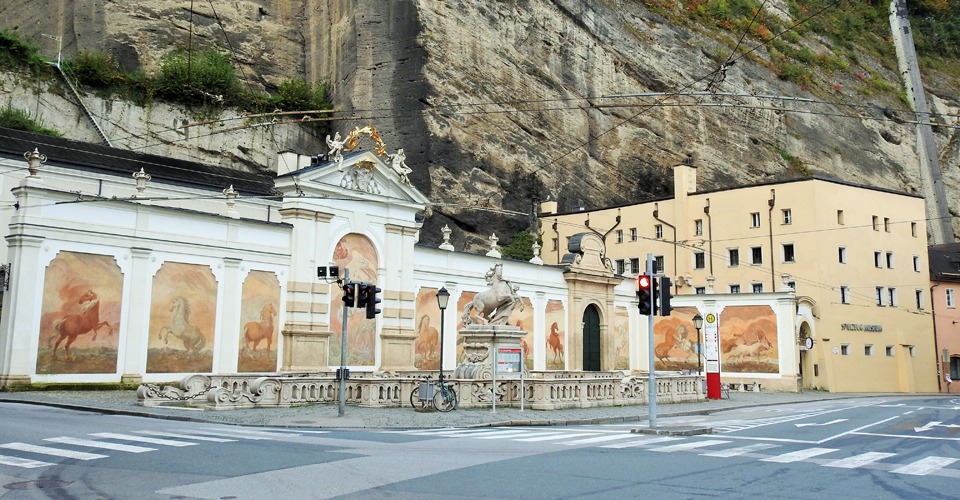 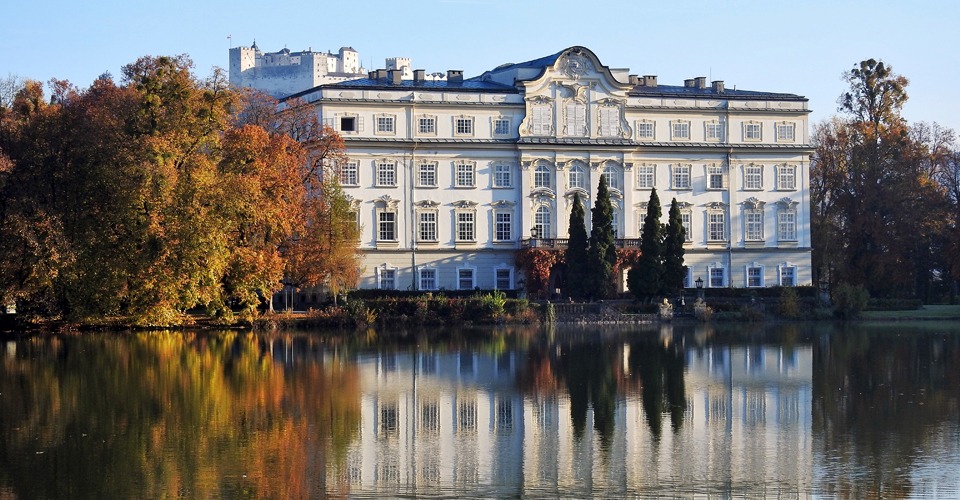 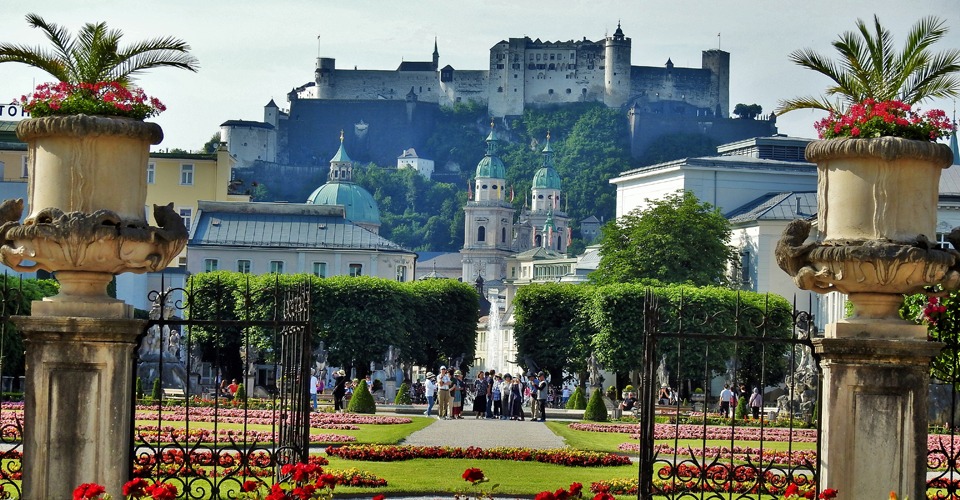 Salzburg the city of Baroque 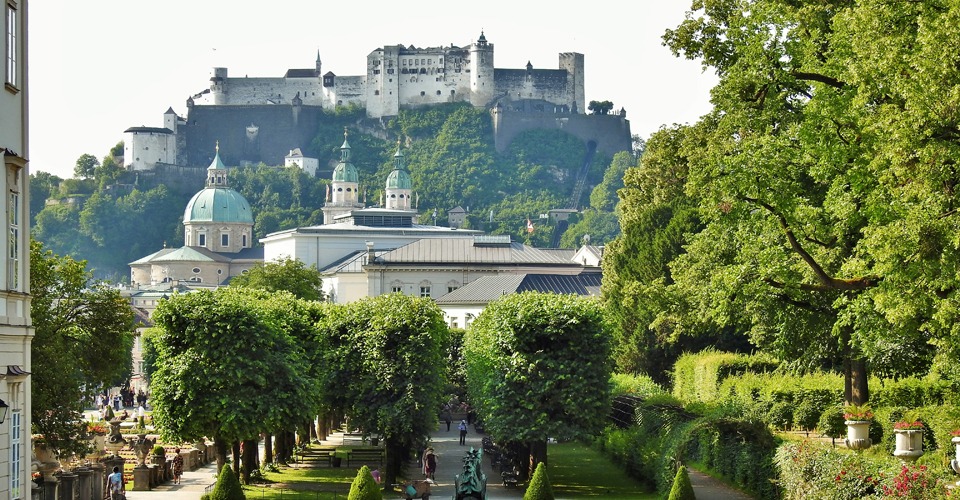 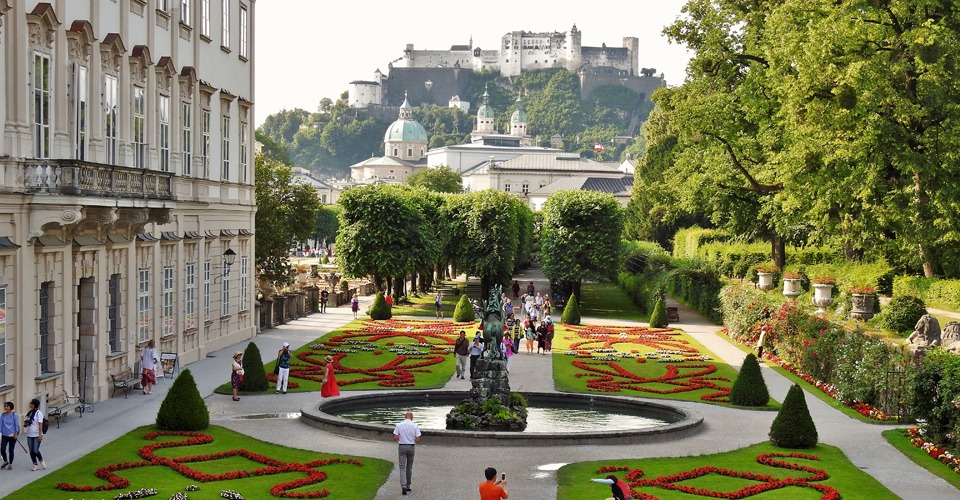 This tour will provide you a comprehensive overview of Salzburg incl. “The Sound of Music” film Highlights. Beginning with a great panoramic view over Salzburg from high above we will “spiral” from the outer city to down town, from present-day to historic Salzburg.

This is a tour on car. Special stops will be at Maria Plain, Hangar7 (certain closing days there are possible), Leopoldskron palace and Hellbrunn Palace.

SALZBURG – “ROME OF THE NORTH” incl. “THE SOUND OF MUSIC” highlights + HANGAR 7

Mirabell Palace – Mirabell Gardens – also a location from  “The Sound of Music” movie
The baroque palace was built by prince-archbishop Wolf-Dietrich for his spouse Salome Alt and their children. Since 1947 it is the official residence of Salzburg’s Mayor and the urban administration. The Marble Hall is considered to be the most beautiful wedding-hall in the world. So, every year couples from all over the world come here for their marriage.

Stiegl’s Brewerie
The Art of Brewing since 1492 in Austria’s biggest private brewery.

Leopoldskron Palace and lake – also a location from  “The Sound of Music” movie
Built as a family residence of prince archbishop Firmian in 1736 this wonderful rococo-style palace was the “birthplace” of the world famous Salzburg Festival, setting for the movie “The Sound of Music” and now home of Salzburg Global Seminar.

Hellbrunn Castle and Month Palace – also a location from “The Sound of Music” movie
Summer Residence, Parks, Hellbrunn Hill, Month Palace, Stone Theatre, Trick Fountains – this palace is a living Testament of the power, wealth, passion and love for life of another prince archbishop – Markus Sittikus.

Nonnberg Abbey – also a location from  “The Sound of Music” movie
Founded in 714 it is the oldest nunnery in the German-speaking world. It was also a setting for the movie “The Sound of Music”. In real life the main character, Maria Trapp (performed by Julie Andrews), was a teacher there.

We will end the tour immediately at the beginning of the pedestrian area. From there you can walk to the very heart of the old city where you will be presented so much beauty and magnificence within very close distance that it would go beyond the scope of this overview to list the highlights with remarks. So, let us name only the most important ones:

We ourselves are very inspired by our wonderful city and don’t get tired to being fascinated of its beauty at any time of the year. Hopefully after your visit to Salzburg we can share this love for Salzburg with you