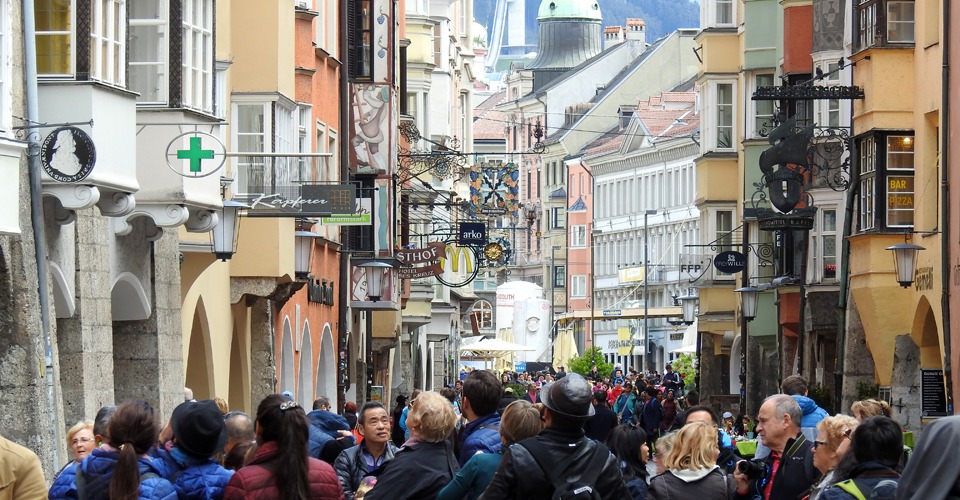 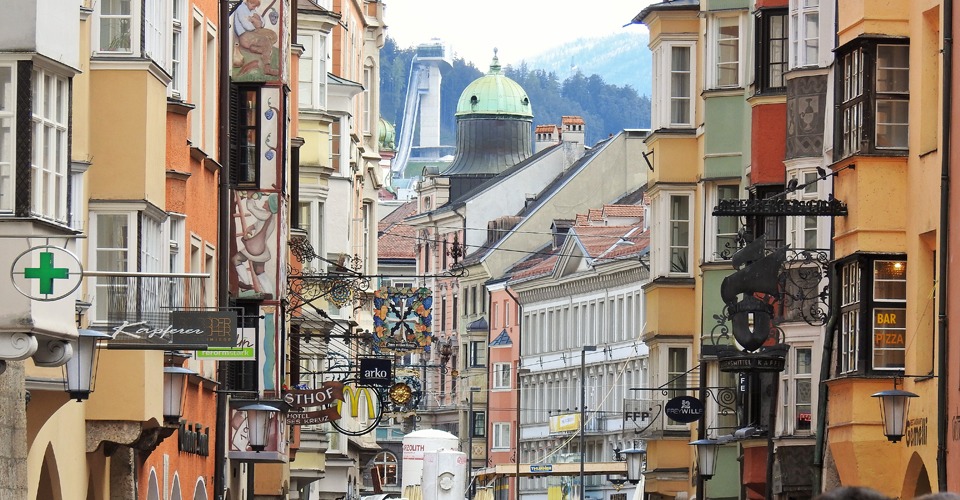 From City Center The Bergisel View 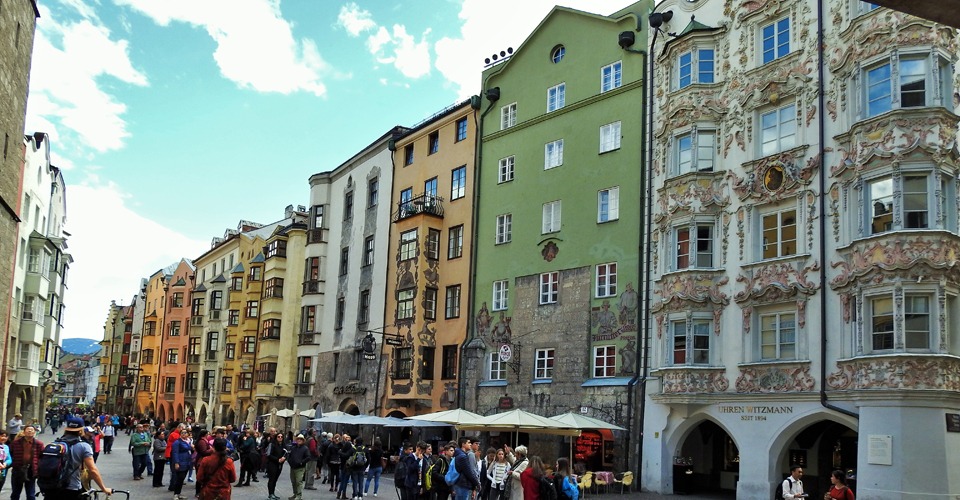 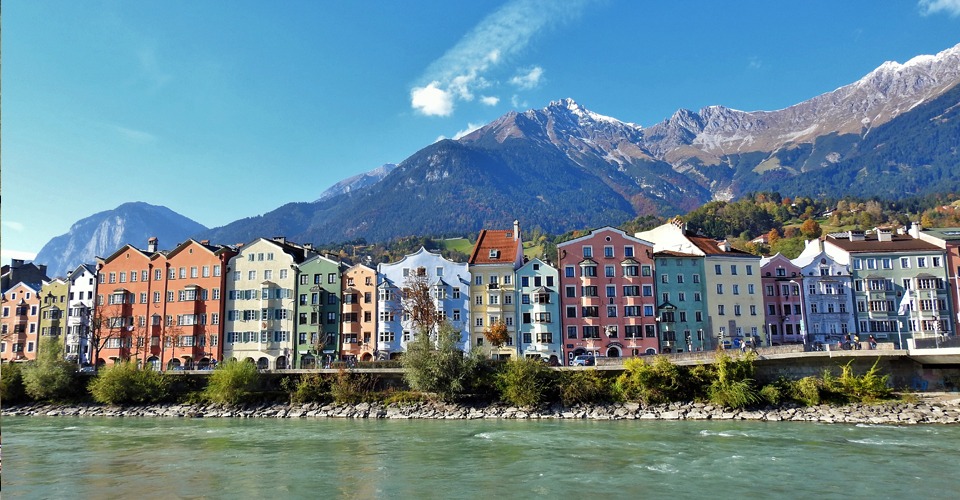 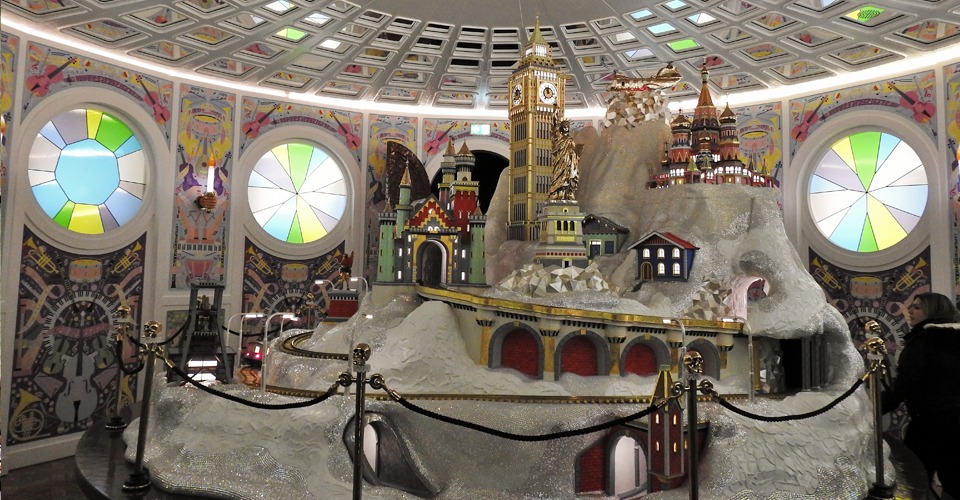 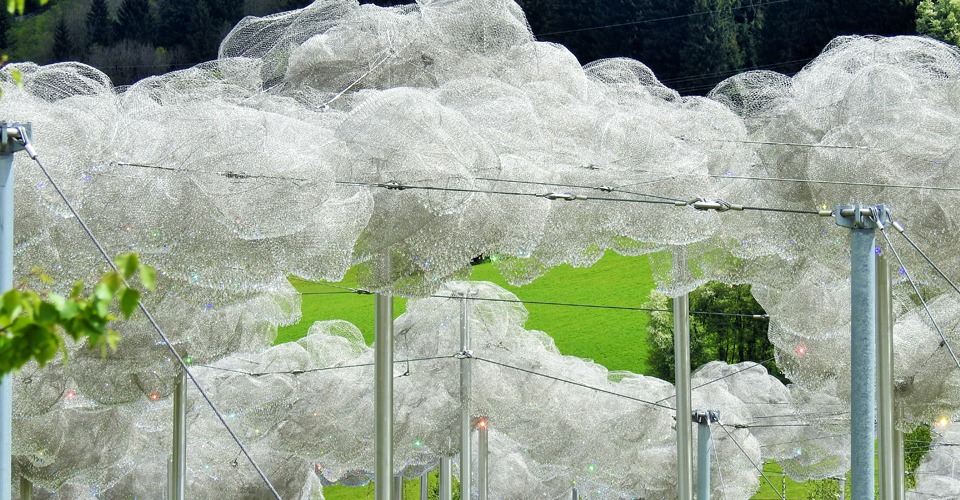 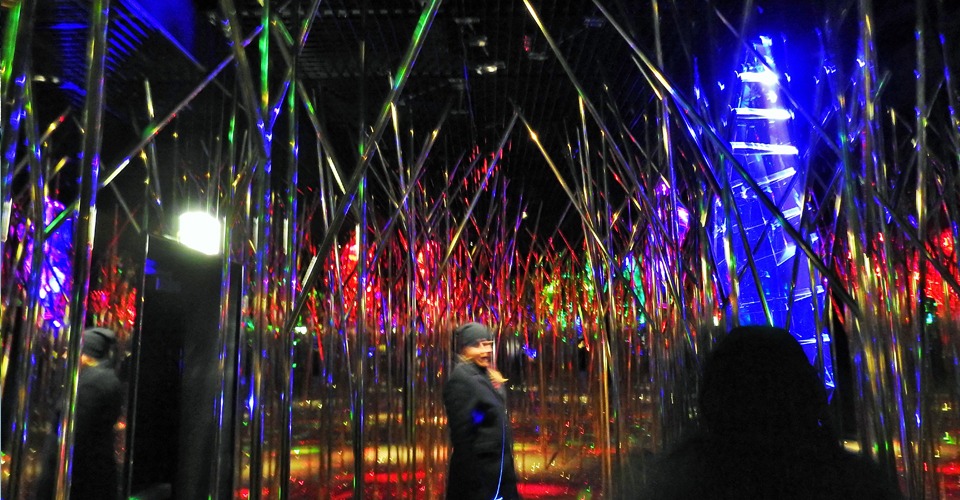 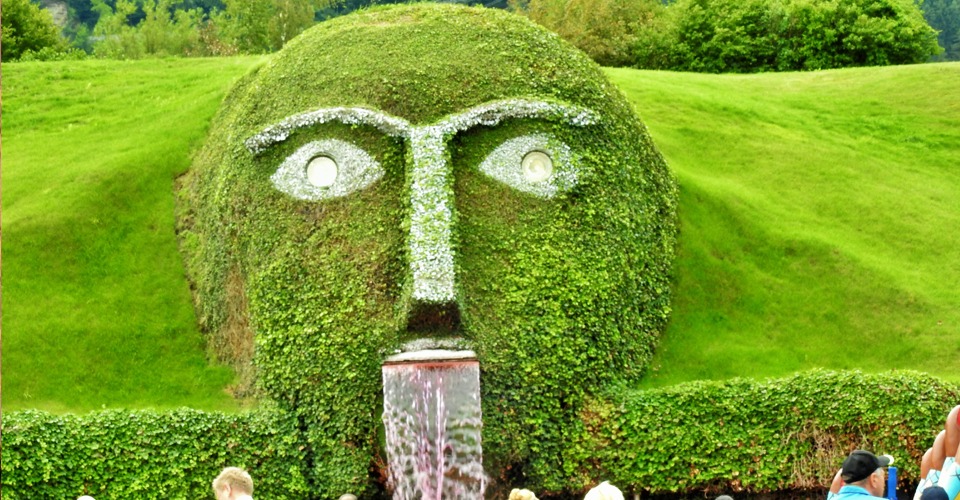 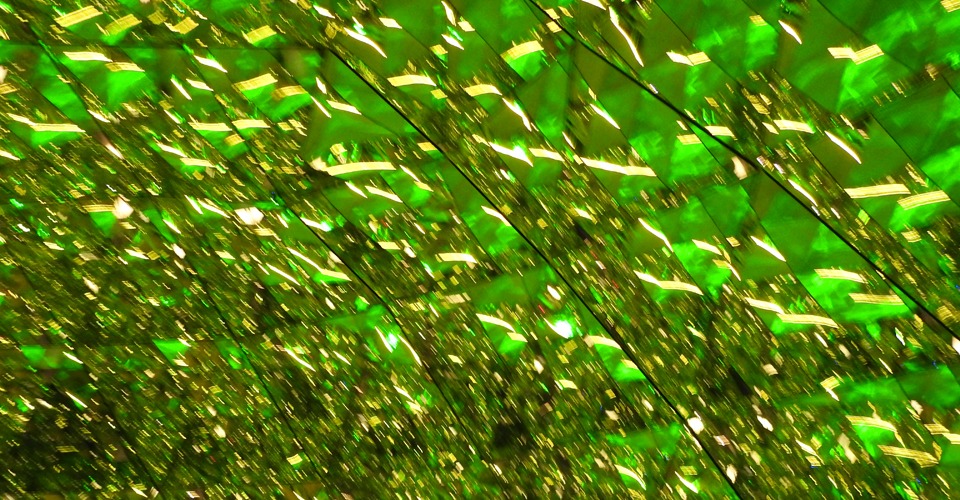 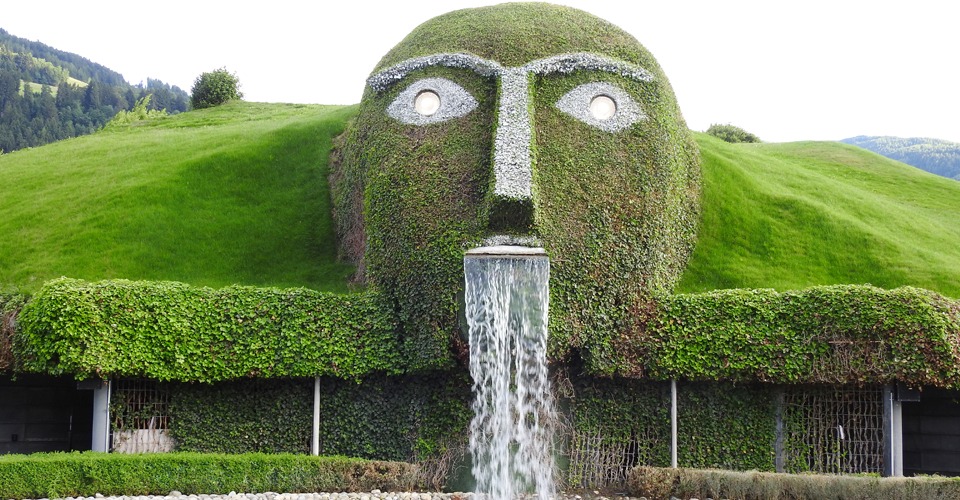 Haute Couture and the world of fashion have become unthinkable without the famous Swarovski Crystals. People of all around the world are passionate collectors of the extraordinary creations and more than 700,000 guests per year visit the magic Swarovski Crystal World and are carried away into a world of fiction. Combined with Innsbruck, the “Capital of the Alps” and scene of two Winter Olympics this day trip is full of great impressions all-year-round.

Swarovski Kristallwelten open all year round.

A WATER-SPOUTING GIANT, A MAZE, A GOLDEN ROOF …

We start from Salzburg and take a picturesque way over Bavaria (Germany) to Tyrol. We will pass the impressive mountain range Kaisergebirge, the lovely city Kufstein until we reach the first highlight in Wattens, the

A water-spouting Giant welcomes and lures you into an interior full of surprises, magic, light and wonders. It is fascinating for the young and the young at heart as well as for all who love crystals in most elaborate form.

Being at Swarovski Crystal World is an event:
Crystal works of art by well-known artists. 500 Crystals cover the dome and reflect light in all facets accentuated with music. The Crystaloscope is the biggest kaleidoscope in the world and carries one off to the harmonizing power of crystals. In the Crystal Theater ones own fantasies take centre stage. You can have a look onto the giant’s belongings and marvel at an aria performed by the extraordinary soprano Jessye Norman and captured by Andre Heller in film before you enter the World of Wonders and the Crystal Forest.

Even the Crystal Stage is much more than a store. Newly designed in 2007 it is the biggest Swarovski shop in the world with a unique selection imbedded in a fiction starting at night with a starry sky and guiding you through dawn and sunrise into a dome of altering daylight.

Finally the Giant’s garden awaits you with a maze, an alpine garden and extraordinary objects, insights and outlooks.

From Wattens we head for Innsbruck. Before entering the city you already can see one of the monuments, the New Berg Isel Ski Jump, venue of the Olympic Ski jumping competitions and the annual Four Hills Tournament in January. The star architect Zaha Hadid designed the spectacular New Ski Jump (2002; the first ski jump was erected in 1925). But the site is also a historic one as Berg Isel was a battlefield in the Tyrolian War of Independence in 1809.

Innsbruck City
The “Capital of the Alps” is a beautiful old town surrounded by the high mountains of the southern Alps. In olden days it was the seat of the Tyrolean sovereigns and thus bestows to us a lot of impressive buildings and a charming townscape. Because of that and worldwide known as scene of the Winter Olympics in 1964 and 1976 in present days it is a much sought-after tourist destination throughout the year.
On this tour we will take you to the very centre of the city where you can stroll around on your own and discover Innsbruck’s attractions, e.g. the world famous Golden Roof, St. Anna’s Column, the Imperial Palace and Gardens, the Court Church (with the most prominent tomb memorial for an emperor in Europe), the St. Jakob’s Cathedral, the “Golden Eagle”-Inn, the Helbling-House, the Ottoburg, Ambras Palace and Gardens and much more.

An option is also to visit the Grassmayr Bell Foundry. 400 years of experience make this company famous and Grassmayr Bells can be heard in more than 100 countries all over the world. The Bell Museum shows in a unique way the history and the art of bell foundry combined with a sound room. Many guests consider it to be a great experience which shouldn’t be missed.

On the way back to Salzburg we chose a route partly along the river Inn via Rosenheim and the lake Chiemsee (see also the Tour Lake Chiemsee and Palaces).