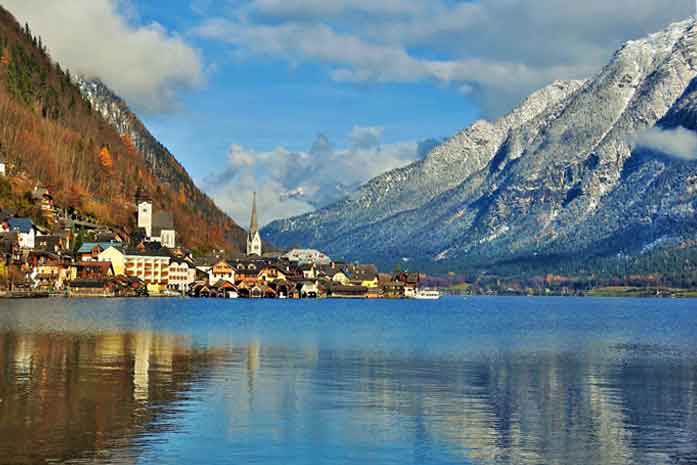 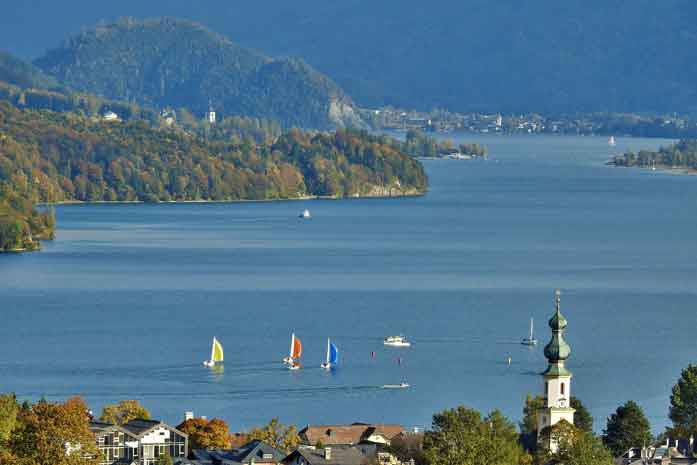 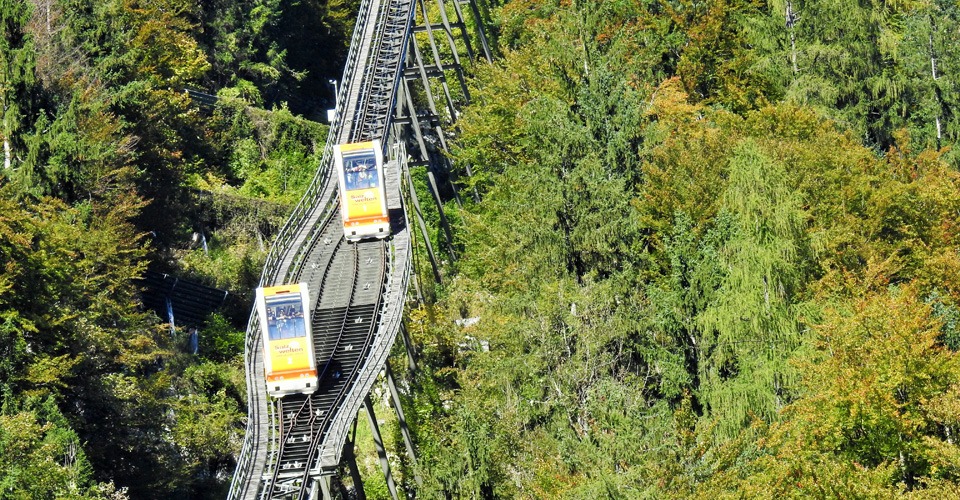 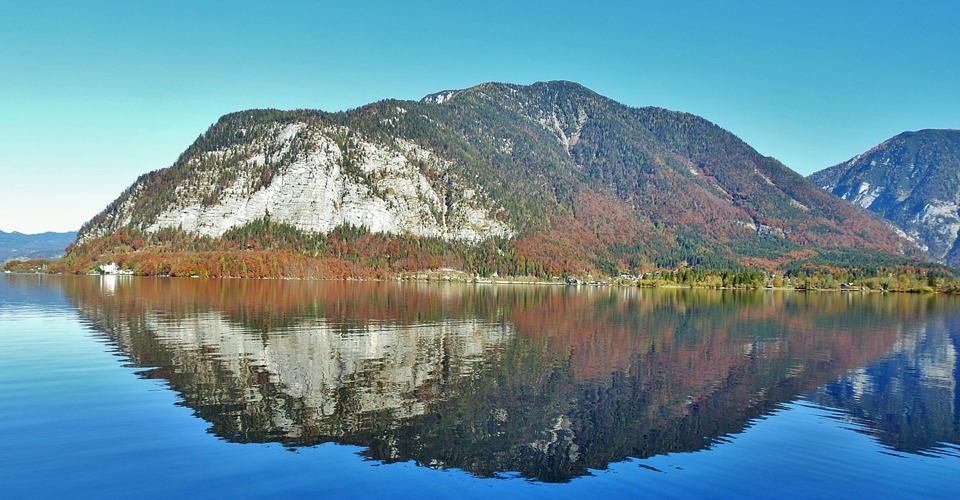 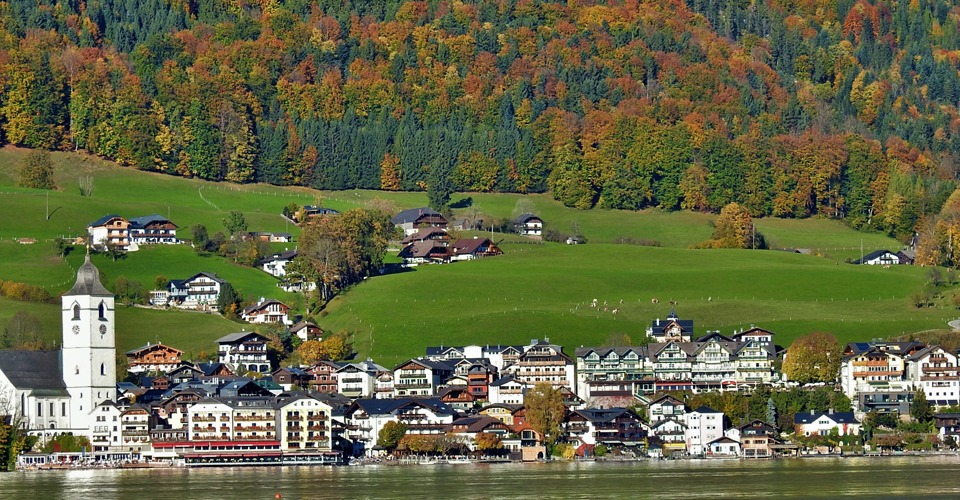 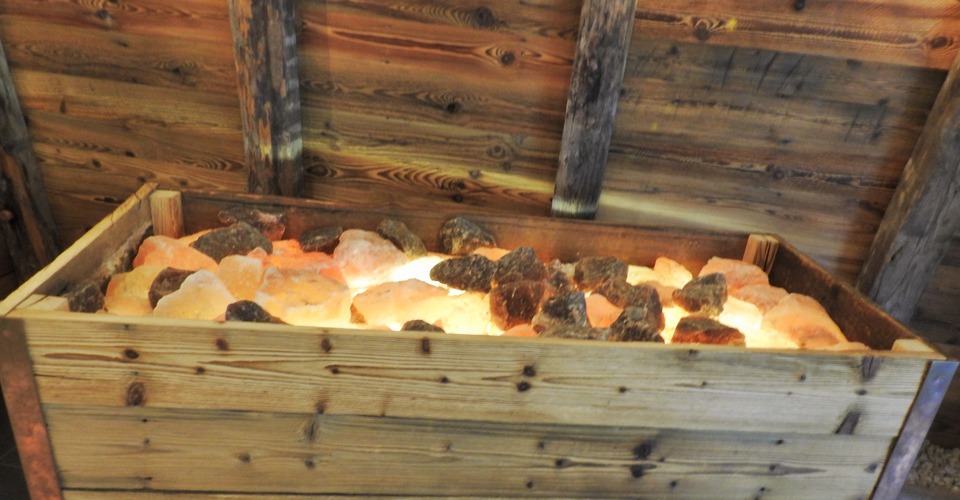 On this tour you will not only explore one of the most picturesque parts of Austria with Hallstatt and Lake Hallstättersee – the UNESCO Cultural Heritage Committee wrote: “… nature of extraordinary beauty added to scientific import …” but also the oldest salt mine in the world. The spectacular findings even gave a culture and epoch its names.

From Salzburg we will pass Fuschl Castle high above the mystic Lake Fuschlsee, in olden days a hunting residence, now used as a luxury hotel. Our first photo stop will be St. Gilgen, the village at Lake Wolfgangsee where W.A. Mozart’s mother was born. On the way there we will pass the headquarters of Red Bull, the world’s leading energy drink. Driving along the lakes, surrounded by impressive mountains and rock faces we will pass Bad Ischl, the former summer residence of the Austrian emperors, known for healing cures and world famous for operettas.
HALLSTATT

At last we will get to the very heart of Salzkammergut, the UNESCO Cultural Heritage of the World Hallstatt and Lake Hallstättersee which is described by the committee as “Nature of extraordinary beauty added to scientific import”. Here besides the beauty of the site you can marvel at archaeological excavations, findings from the oldest salt mine of the world, the world’s biggest collection of sculls with elaborate paintings and much more. The sensational findings even gave an entire epoch and a culture its names: The “Hallstatt Period” and “Hallstatt Culture” are scientific names for the Early Iron Age.

You will never forget what many guests have called the most beautiful lake village in the world.
HALLSTATT SALT MINE – the oldest salt mine in the world

This salt mine is something so unique in the world that you should not miss it. 7,000 years of salt mining:  Actually inconceivable but yet possible to experience now due to venturesome pioneers and the work of present-day professionals.

In the Salzberg fenicular you are comfortably taken up the mountain to the Upper Hallstatt Valley and farther with a panorama lift to the vantage point bridge. After a short walk a mine train takes you along glistening rock faces into the mountain. By slides (64 m!) you change the levels. Of course, you also can use the stairs, but you should not miss this chance of big fun.
In kilometres of tunnels and chambers a fascinating world displays itself: The places where miners once did their heavy labour. Ancient relics like pine wood torches which miners held in their hands thousands of years ago. The oldest staircase in the world. A salt lake midmost the mine. A Time Spiral covering 7,000 years of mining and the history of the probably most important find: The Mann im Salz (man in the salt), an obviously by salt well-preserved corpse of a man discovered in 1734 by miners.

Our way back goes over the mountains and Gosau back to Salzburg.